Track 11 of 12, Songs from the Empire, produced by Scott Brazieal.

Poetry by Rick Moody, The Black Veil: A Memoir with Digressions.

“… it is one of the more intriguing recordings I’ve heard in quite a while. Songs From the Empire builds upon influences as diverse as modern classical, progressive rock, electronic, and New Weird America.” (Avant Music News) 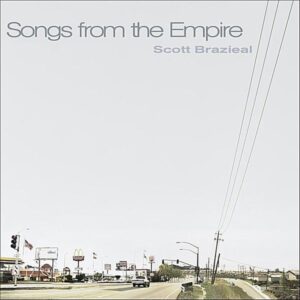