“I’ve received dozens of emails from people who don’t support the amendment,” said Commissioner Eudaly, on 3 August. At issue was the Mayor of Portland, Oregon’s initial plan to change who gets to oversee implementation of a 2012 Federal plea deal to reform unconstitutional policing. Following predecessors’ obstructionism, his Portland Committee on Community-Engaged Policing (PCCEP) intends on 24 August to legitimately circumvent direct community influence. The Mayor would prefer to choose who oversees compliance with intended police reform, and have his small band meet half the time in secret. To reduce the scope of public involvement, he must eliminate a Community Oversight Advisory Board (COAB) enshrined in an Obama-era agreement.

Eudaly asked, “Are we somehow eliminating tracking analysis and review of racial profiling data through any of these amendments?”

Race is only mentioned twice in the pre-Trump plea deal. SA 148 provides Portland Police Bureau (PPB) “shall continue to require that officers document appropriate demographic data regarding the subjects of police encounters,” including the subject’s race. PPB is “to consider enhancements to its data collection efforts” (italics mine) and report quarterly.

Mayor Wheeler’s Senior Policy Advisor Nicole A. Grant finessed community concerns Eudaly found “compelling.” In March 2017, while the Mayor was in backroom negotiations with law enforcement, a Racial Equity Plan (REP) rolled out of the Police Bureau. Note that SA 159 requires PPB to “maintain all data and records necessary to facilitate and ensure transparency and wide public access to information related to PPB decision making and activities …” Elsewhere the records are required to be posted across web sites.

Transparent process, with opportunity for community engagement, was to replace cozy backroom dealings. And prevent Council from releasing hundreds of previously undisclosed pages of documents on a Friday, for passage the following Wednesday. Volunteers in community-based organizations have never been effective in accelerated turn-around times: often, study groups must get Board approval to take official positions. SA 170 requires “The Chief shall post on PPB’s website final drafts of all new or revised policies that are proposed specific to force, training, community-based mental health services, crisis intervention, employee information system, officer accountability, and community engagement, to allow the public an opportunity for notice and comment, prior to finalizing such policies.” Of course, only REP’s final iteration appeared, and without fanfare.

A Community Liaison (COCL) was to alert the public of opportunity for civic engagement in the draft stage. To conduct Town Halls within accessible time frames, and then usher expressed concerns for deliberation by a community-based oversight body, meeting in public. COAB would then make recommendations to office-holders and police command staff. Prior to finalizing such policies.

In a Trump-era renegotiation of plea deal terms, these covenants are to be set aside. Strong-man leadership is to replace broad-based community engagement.

Cops’ REP was developed under the auspices of the City’s Office of Equity and Human Rights. Despite years of extrajudicial killings, OEHR has never advocated PPB co-workers be held accountable for any conduct. Their primary mission is to address an equity spectrum in City procurement contracting and hiring. They offer facilitation and training in jargon. “Bureaus had autonomy to focus their work,” declares their 2016 report.

Decision to bury SA 148 on the penultimate page in cops’ REP circumvents provisions calling for transparency and opportunity for community engagement. Further, OEHR’s Racial Equity Toolkit, purportedly employed to frame cops’ racism, is not police specific. An incisive and growing body of work from police scientists has been designed to eliminate PPB’s shame and detain policies (stop ‘n frisk) and conclude race-based disparities in use of force. It is perpetuation of small-minded provincialism to make assessment using a toolkit designed to also accommodate racism in the water bureau.

One result of keeping community participation at bay is that identifying racial disparities in traffic stop data is a concern in the REP section primarily devoted to recruitment, hiring and retention of police officers. Gone is ‘enhancement’ language.

It would have been my ‘input,’ should the City’s Chicago-based COCL contractor have alerted locals of opportunity to influence police policy, to ask why data collection required improvement. DoJ’s Civil Rights Division investigators never explicitly declared goals, but I suspect that – in subsequent investigation – they’d want evidence to discern whether race-based disparities in law enforcement warrant subsequent Federal intervention. The City of Portland is never going to voluntarily produce evidence of culpability; but at least racial justice advocates would have data describing the dodge.

To give Eudaly’s concern deeper context, cops have been collecting ‘stops data’ since the turn of the century. They began making annual reports three years in retrospect. No outside agency influences design of data collection: we are spoon fed cops’ analysis of their own conduct. (PPB hired Dr. Brian Renauer, and PSU’s Criminal Justice Policy Research Institute, to see whether changing benchmarks would improve racial disparity outcomes in reporting. It did not.)

For Eudaly to be concerned, as to whether cops measure their performance, is to miss the larger point:

If you are African American, you are twice as likely as Whites, per census data, to be stopped by Portland, Oregon police. C Cops tell us they can’t see who is behind the wheel. So we insisted they measure pedestrian stops. African American pedestrians are four times as likely to be stopped. And cops are hiding results: they won’t demographically break down interventions for “mere conversation.” Prime target for this practice: Black, male youth. Once detained, African American drivers and pedestrians are then twice as likely to be searched. The kicker? Blacks who’ve been stopped and searched are less likely to have warrants, weapons or drugs than Whites: this biased ‘hit rate’ then feeds into County law enforcement’s racially disproportionate fines, sentencing and plea deals. (See the $25,000,000 disparity here.) City policy primes our school-to-prison pipeline. The entire scheme is a poverty assurance mechanism.

Sidenote: while the Mayor on 3 August falsely portrayed COAB dysfunction, as if it justified Commissioner’s refusal to appoint replacement members, or allow the community to select their five representatives; no such analysis was given to HRC’s (cops’) refusal to convene CPRC. They were just allowed to shun their responsibilities. By Mayoral order, citizen appointments to HRC have been silent throughout the most viable local civil rights initiative to take place in two generations. No matter how many City boards the perpetrators throw into PCCEP member-selection processes, there is no historical evidence that political appointees will contravene local politicians responsible for their influence.

The City does not want to change police behavior. Eudaly is concerned that their conduct is measured, however. The thing is, year-after-year reporting, that racial profiling goes on unabated, merely telegraphs to the world that “This is the way we police in the nation’s Whitest city of its size.”

The term ‘racial profiling’ is to be excised in the Trump-era plea deal. The Mayor’s plan, to use a puppet body to echo the City Attorney and report the City has complied with provisions, only requires PCCEP to “learn about” the cops’ REP in orientation: there is no mandate to stop racist practice. When you get that far into the weeds, you’ll discover “Develop strategies to address disparities,” is to come in REP’s ‘Year Two.’ In 2020 or 2021 whoever still wants racial justice will be able to assess whether planning – that was supposed to begin a decade earlier – has even begun. No date is envisaged, by which officer conduct is to actually change.

I must concur with Gregory Robert McKelvey’s assertion: Ted Wheeler has been secretly working with Jeff Sessions’ Department of Justice to dismantle Portland’s police accountability process. The intention is to leave White supremacy intact in PPB culture, until its proponents depart from office.

Pointedly, community awareness has advanced broadly since the parties ignored the community’s proposed fixes to the plea deal at 2012 adoption.

If the Mayor is sincere in his enthusiasm for PCCEP, his band of appointees need not come at the expense of leveraging “the ideas, talent, experience, and expertise of THE COMMUNITY” (SA 141). A Trump-era plea deal, to delay the very introduction of racial profiling remedy, and to keep perpetrators as shepherds of that planning process – as well as improved data collection – is unconscionable. I propose the Mayor task PCCEP with removing Kruger from influence. That, as Police Commissioner, he re-purpose anti-‘gang’ (anti-Black) suppression to conduct gang tattoo and broad behavioral analysis of serving officers. Unearth bureau Oath Keepers, Ku Klux Klan adherents, and those of the Constitutional Sheriffs and Peace Officers Association. Set COAB in place as a well-resourced, sincerely pursued initiative; follow on with PCCEP initiative to gut PPB of White supremacist influence. 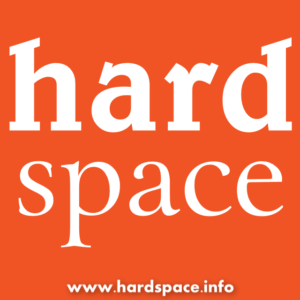